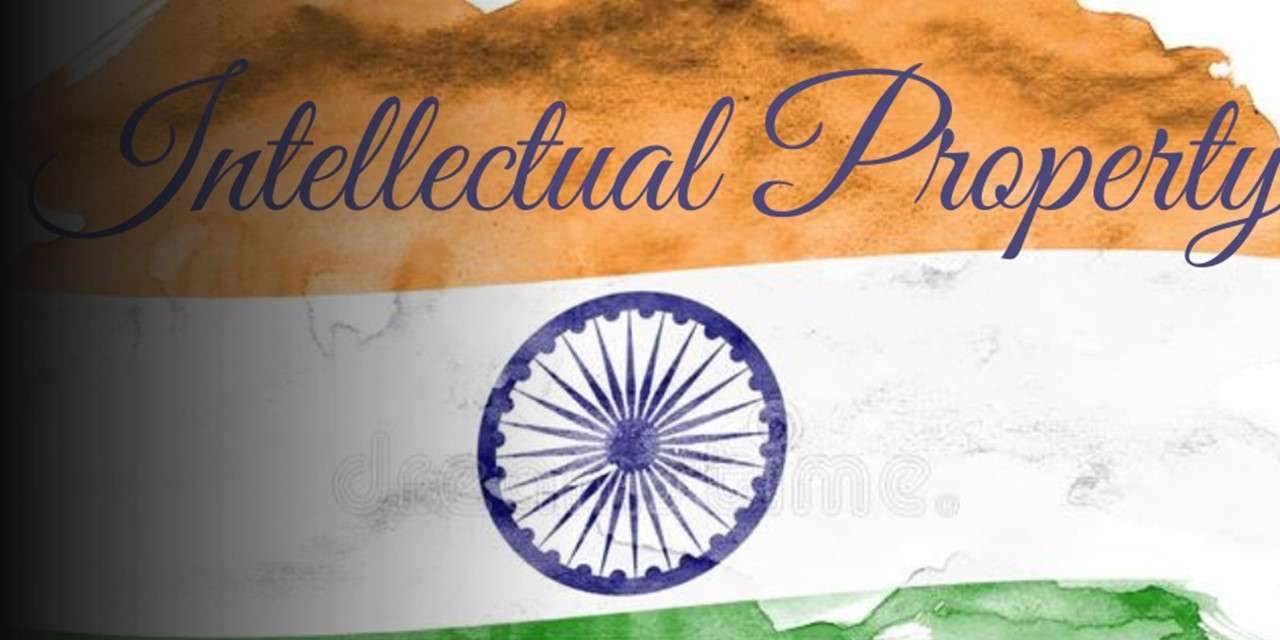 The Committee highlighted “challenges in strengthening the country’s IPR regime, associated procedural and substantive limitations, legal characters and other issues, such as low knowledge of IPR, counterfeiting and piracy, IP financing, and IPRs in the agriculture and pharmaceutical sectors, among others” in its report.

The report examines how the Patents Act has operated after its 2005 revision, which brought Indian legislation into accordance with the TRIPS Agreement. The report devotes a large portion of its time advocating modifications to the Patents Act, albeit without much reason why these changes are necessary. These ideas are solely focused on improving patent filing in the country. These ideas aim to loosen many significant constraints in the Act in order to broaden the scope of patentability and decrease procedural barriers to allow for more flexibility.

Let us look at the successes and failures of the National IPR Policy.

India’s National IPR Policy was approved in May 2016. Raising awareness, establishing laws, and updating IPR-related services were all part of the Policy. The report examined the Policy’s successes and faults and provided numerous changes recommendations to the Department of Industry and Internal Trade (DPIIT).

Officials in charge of evaluating IPR legislation have endorsed the Policy in recent years but have made no significant modifications. The report reveals a wide range of issues, including funding, restricted legislation, and accessibility. 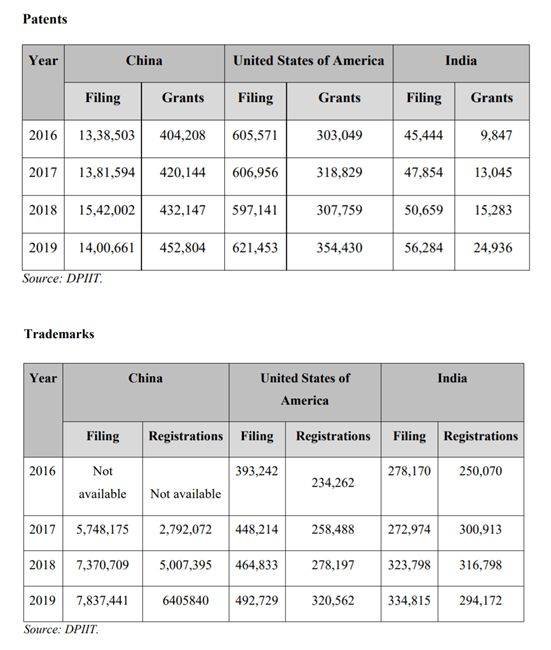 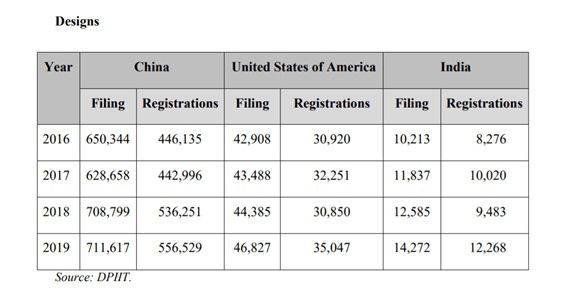 The third table (with the headline “Designs“) demonstrates that Indian designs filed in 2019 accounted for less than 2% of all Chinese designs filed. These tragic figures are inexcusable, coming from the world’s most powerful democracy. According to the report, “the rate of increase in the number of patents in India over the last four years has not been particularly outstanding compared to that seen in the United States and China.”

The DPIIT informed the Committee that India’s poor research and development spending was the cause of the skewed data (R&D).

According to a second report conducted by the Department of Science and Technology, India spends barely 0.7 per cent of its GDP on R&D (research and development). On the other hand, the US spends 3.1 per cent of GDP on R&D, while China spends 2.1 per cent. The Committee suggested that the Indian government enhance R&D spending in the budget because there is a demonstrable link between R&D spending and patent applications.

China also offers incentives to businesses and individuals who seek more patents, such as tax breaks, bolstering their IPR policy. The Committee was informed about China’s practises and recommended that India follow suit by rewarding patent applications in the same way. With this method, a good cycle would form: more patents should lead to more significant innovation, which would lead to more patents.

Why is IP protection economically beneficial?

According to the Organization for Economic Cooperation and Development, “1 per cent improvement in trademark, patent, and copyright protection raises [Foreign Direct Investments] by 3.8, 2.8, and 6.8%, respectively.” Due to increased innovation resulting from higher patent approvals, IPRs also promote economic development by increasing foreign currency and trade.

The report also cites a study by the International Trademark Association that shows the “contribution of trademark industries to Gross Domestic Product varies between 20 and 33 per cent,” as well as a study by the World Intellectual Property Organization that shows copyright industries contribute between 2 and 10% to a country’s GDP. According to the Report, foreign enterprises and businesses, particularly those involved in science and technology, look at IPR regimes when deciding where to invest. As a result, the Committee recognised that upgrading India’s IPR regime would attract more foreign investment.

Some recommendations of the Parliamentary Committee Report:

Contribution of IPR to the economy: The Committee is in the opinion that strengthening IPRs in India would also spur economic development by encouraging foreign exchange inflow, thereby increasing productivity and generation of employment opportunities in the country.

Marking of products as ‘patent-pending: The Committee believes that labelling products with ‘patent pending’ would acknowledge their credibility and authenticity, yielding marketing benefits to the patentees.

Awareness of IPRs: The Committee notes with concern that a major share of 64 per cent of the patents filed in India is by non-resident or foreign entities, wherein the patents filed by domestic entities occupy a portion of only 36 per cent.

Creation of IP Fund and Fostering IP Culture: The Committee recommends the Department that a provision of IP funds should be created in the country, which would help in supporting initiatives specifically for instilling IP culture in the remotest parts of India, including tribal belts, hilly and border states, North East Region.

Counterfeiting and piracy: The Committee acknowledges that IP crimes, including counterfeiting and piracy, are the rising threats to IPRs that should be regulated and deftly handled by taking appropriate measures. It recommends that the Department stress upon enforcement agencies’ capacity building on IP laws, including strengthening IPR cells in State police forces.

Artificial intelligence and IPR: The Committee notes that the relevance and utility of cutting edge technologies such as Artificial Intelligence (AI) and machine learning would increase manifold in the present world, especially in the times of the Covid-19 pandemic wherein the digital applications are playing a crucial role in responding to the crisis.

Intellectual Property Appellate Board (IPAB): The Committee desires to abolish a prominent appellate body of IPAB under the Tribunals Reforms (Rationalization and Conditions of Service) Ordinance 2021 should be reconsidered in the wake of its pivotal role in the adjudication of IPR appeals and cases.

Patent prosecution highway: The Committee observes that Patent Prosecution Highway (PPH) amongst nations is a mutual initiative that helps in creating a conducive environment for promoting and expediting the filing of patents. PPH facilitates exchanging information on norms and rules that are followed in granting patents in participating countries and thus enables the patentees and inventors to abide by the criterion of such nations while applying for patents.

IP financing: The Committee notes that the utility of IPRs as intangible assets in the financial sphere is a way forward to improve a country’s finances and enhance financial innovation, easy availability of credit, and increasing capital base.

The Patent Act, 1970: The Committee recommends that Section 3(b) of the Indian Patent Act, 1970 be amended so that a safeguard mechanism is included against the arbitrary exercise of power by the Controller in declining patents.

The Committee notes that the deadline of 4 years to file an examination report by the patent applicant is too extensive and recommends the Department shorten it to a reasonable time frame to avoid any unnecessary delay in examination and grants of patents.

Compulsory Licensing: The Committee notes the significance of issuing Compulsory Licenses to manufacturers and individuals for utilizing the patents to serve public needs during circumstances of emergency and crisis.

Form 27: The Committee notes that the provision of Form 27 is crucial as it seeks to ensure the adequate working of a patented invention on a larger scale to cater to the demands of the public at large.

Academia and Industry: The Committee recommends that the Department assign a devoted agency for establishing linkages between industry and academia so that India can be positioned on top in the field of innovations and inventions of our research and educational institutes.

IPR in Pharmaceuticals: Discovery of new drugs: The Committee notes with concern that out of 16,134 patents filed during the last five years, only 4,345 were granted patents. The Committee recommends that necessary steps may be taken to expedite the process of examining/ granting patents.

IPR in agriculture: The Committee appreciates the supportive measures undertaken by the Indian Council of Agricultural Research (ICAR) to mobilize agricultural researchers and scientists in the ambit of IPRs.

The intent behind this change

The topic of the whole report – to encourage patent filing in India – reveals the motivation behind the recommendations made in the report. Increasing patent filings are linked to increased foreign direct investment, according to the Report (FDI).

Politicians have incorrectly claimed in recent years that India’s patent system is very well-functioning and efficient. Thankfully, the tide has turned, and the report reveals the reality about India’s IPR regime. The conclusions of the Committee adequately demonstrate that the current Indian IPR regime has numerous flaws. It has proposed a slew of modifications that must be done and a strategy for implementing those changes. In countries that value intellectual property rights, IP has proven to be helpful to the economy, research, and the general public. With the United States and China years ahead of India in this field, India’s perspective and policies on IPR should hopefully change and become better. 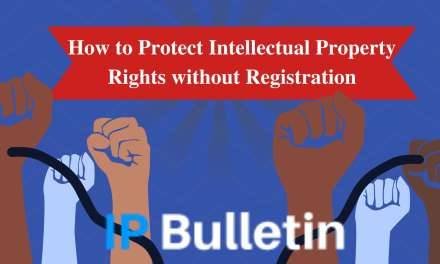 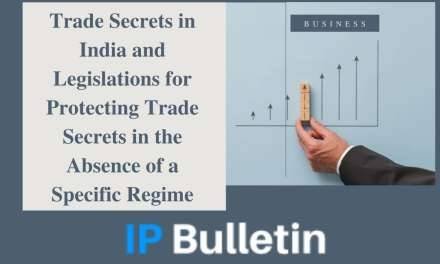 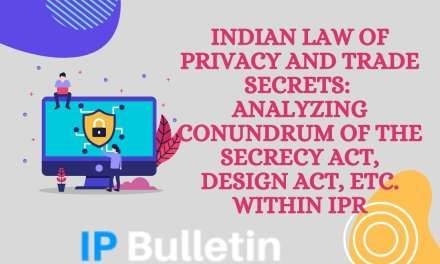 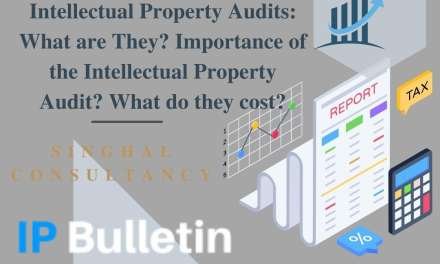